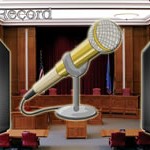 A motion was filed today in the Torres v. Torres case that could not be about a more serious subject, the lives and well being of the Plaintiffs. It appears that Judge Christopher J. Muse of the “My family life is irrelevant. My judge and law life is very important” fame, is fast becoming the poster child for the “Judicial Overhauling” movement which is debating the Election of Judges and Modified Missouri Plans to Appoint and Remove Judges, and “Loser Pays” to cut off the head of the snake, the greed in the law profession that is destroying this country. This movements momentum is rapidly growing in Massachusetts and we believe will soon spread across the nation.

Appearing more like a skit from Saturday Night Live than a Massachusetts Superior Courtroom, the flaws in the judicial system were evident as shown in the following excerpts:

Summing things up thus far, here is our analysis.

The Court, with a virtual avalanche of errors, never once heard about the safety concerns and life threats by a criminal organization that the Plaintiffs’ motions and complaint clearly set forth. Death threats documented by law enforcement documents from two countries. It is absolutely crystal clear from the transcripts, this Court, Judge Christopher J. Muse, was more concerned about public Court documents, and stories about an order that the Falmouth Police Department determined was unlawful and refused to enforce, were published on the Internet.

Judge Christopher J. Muse had to enforce the 1st Amendment, but he did not like it. He made it absolutely crystal clear to the Plaintiffs that he was going to make them pay for using their 1st Amendment rights to stop an unlawful eviction that would have put them on the streets.

Judge Christopher J. Muse, like most Judges on publicity of Court cases certainly appear to be hypocrites. Just look at the daily news and talk shows, there is always some attorney talking about their case. Many attorneys hire public relationship companies to increase public awareness of their cases, and themselves. That is admired by many judges. What does Judge Christopher Muse think about those attorneys using the press? Will he punish them?

Return to The Inquisitions: God help a Pro Se Litigant if they use the press. You will be damned by the Judge and pay for it with your case. Be watching for our upcoming in-depth story on this issue. I guess that “equal protection” thing doesn’t apply, nor do “public hearings”  when it is about the Court itself.

You can’t make this stuff up!

We have prepared an electronic version of the Plaintiff’s Memorandum with direct links to the courts Own Transcripts, that clearly and without doubt, shows the hypocrisy of the Barnstable Superior Court Clerk, Judge Christopher J. Muse and Attorney Jeremy M. Carter. It will be released on Mr. Torres’ insistence, Friday, January 24, 2014, after it has been served on Attorney Jeremy M. Carter of Wilkins, DeYoung & Carter.

We are going to let Judge Christopher J. Muse close this story in his own words.

“THE COURT: What do you think lawyers do? We run keyboards and then we look at it and fill in the blanks and then we say this is a good Will for you, and you get the money from the client.”  – [Transcript C, Pg. 8, 6-9]

No matter if you support the election of judges or a Modified Missouri Plan, we must change the laws to provide for the removal of Judges. Their absolute power has corrupted far too many Judges. Please check out our new groups pages and make your voice heard.

Attorneys, the flip side of a Double Headed Coin

We now have a nation that produces more attorneys than scientists and engineers. The reason is simple, greed. The Bar Association is more about preserving the income and lifestyle of attorneys than anything else. Just remember Judge Muse’s words “and you get the money from the client”. There is a way to stop this dangerous trend.

We must adopt “Loser Pays” which will strangle attorneys’ income from frivolous lawsuits and help bring sanity back to our nation and affordability to many services whose costs have sky rocketed so that attorney’s can flourish. This would bring about a drastic reduction in medical costs. Please check out our new groups pages and make your voice heard.

Originally published by the Freedom Network