A decision was recently published by the U.S. Government that came to our attention. Our volunteers discovered it while researching Judge Christopher Muse who is fast becoming the poster child of the Judicial Overhauling movement. Judge Christopher Muse first gained notoriety when he made his “My family life is irrelevant. My judge and law life is very important” statement in open court. 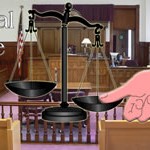 In the recently published Civil Rights Lawsuit against Judge Christopher J. Muse and two others, there were numerous and well documented charges of bias by Judge Christopher Muse specific to Pro Se Litigants. However, none of the charges of bias against Pro Se Litigants was ever addressed, as the complaint was dismissed on the basis of, you guessed it, Judicial Immunity.

There can be no question, there is overwhelming evidence showing up almost daily that Judge Christopher J. Muse is biased against Pro Se Litigants, period. His words from transcripts, documents published by the U.S. Government, Complaints to the Judicial Conduct Commission that disappeared from the Internet, all claiming bias against Pro Se Litigants. And to paraphrase Federal Judge Douglas P. Woodcock who pointed out numerous times in his 29 page Memorandum and Order: there was nothing he could do about it [the bias], as Judge Christopher J. Muse had Judicial Immunity that protected his actions no matter how bad they were.

The issue is not whether the Pro Se Litigant Robert Aldrich should be incarcerated or not. The issue is if Judge Christopher J. Muse’s bias denied Mr. Aldrich his right to a fair hearing based on his economic status. As Mr. Aldrich asked for counsel and was denied, clearly he was Pro Se due to his economic status. This makes undeniable, that bias against Pro Se Litigants is parallel to a hate crime as it is committed against a social group, the poor. This would make it also a clear violation of the Civil Rights Act. Always remember, this situation could happen to anyone.

Being Pro Se for most parties is not by choice, but of economic necessity. Make no mistake and leave no doubt, if you are Pro Se, you are a second class citizen in our Courts. If you doubt that, as a litigant, sit down in the area reserved for “litigants” in front of a courtroom. It won’t be long before a bailiff asks you if you’re an attorney. When you say no, you will be directed to the “back of the bus”.

Most Judges hate a Pro Se Litigant to publish their stories or their “Public Court Documents” on the Internet. Yet they giggle like school girls when they see their Bar Association “brothers” and “sisters” on a morning talk show selling their affluent clients’ position, dreaming of those big fees to come. The widest economic divide in our nation is the one in our Court Rooms. It is classest, elitist and designed no longer for justice, but to ensure the proliferation of attorneys and their lifestyles.

If we were not specifically looking closely at Judge Christopher Muse, we never would have found this case filed by a Pro Se Litigant. Only the cases with affluent clients make the news and talk shows. When someone poor has their Civil Rights violated by a Judge like Judge Christopher Muse, no one ever hears of it. Thank God for the Internet and that Federal Court Decisions are now published. Unfortunately they are published after the fact.

Amicus Brief: There is a well documented pattern of abuse by  Judge Christopher J. Muse against Pro Se Litigants. While it may be too late in this case, the Massachusetts U.S. District Court should be made aware of the evidence of bias by Judge Christopher J. Muse toward Pro Se Litigants. If you’re an attorney or possess the talents required, and would like to write an Amicus Brief, we can provide more than sufficient evidence to support the brief. If you would like to volunteer, please leave a comment or use our Contact Page.

Note to Attorneys and contributors, your identity and location will be unknown even to us. See our Contribute Page.

Even family members wouldn’t want to be Pro Se against Judge Christopher Muse:

THE COURT: My family life is irrelevant. My judge and law life is very important… – [Transcript C, Pg. 7, 4-5]

If you don’t think it’s about the money for his “brothers” and “sisters” in the Bar Association, look at Judge Christopher J. Muse lecturing a Pro Se Litigant for using Quicken WillMaker to help his mother write a Will:

THE COURT: What do you think lawyers do? We run keyboards and then we look at it and fill in the blanks and then we say this is a good will for you, and you get the money from the client. – [Transcript C, Pg. 8, 6-9]

When our Federal Courts can’t or won’t address charges of Civil Rights Violations because of Judicial Immunity, it’s time to take matters into our own hands. We must stop the arcane practice of allowing Governors and a President from handing out political favors know as Judgeships.

We must provide a means for us to remove a Judge. Whether you are for the Election of Judges or the Modified Missouri Plan proposed by the only citizen who led an Impeachment Effort that successfully removed the Judge, you need to get involved.

We have to get back to what made this country the greatest nation on earth. We must return to a nation of creators, one that produces scientists and engineers who will build us back to the strongest economic power in history. We must legislate “Loser Pays”

We need to stop what is the greatest threat to all Americans, the self-perpetuating and ever-expanding universe of frivolous lawsuits. An old adage expressed as only Mark Twain could:

It’s time for a change!