Is Judge Joseph Johnston yet another bad Massachusetts Judge? 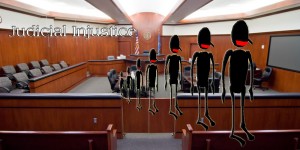 There has been a tremendous amount of publicity about the Justina Pelletier case after her father, Lou Pelletier, defied Judge Joseph Johnston’s gag order and spoke publicly about the ongoing custody battle of their daughter. Our story is not about the undeniable injustice perpetrated on the Pelletiers by Judge Joseph Johnston and the Massachusetts Department of Social Services, but instead, it is about how to stop these judges who think themselves “anointed not appointed” from doing the same to any more of us by shinning a spotlight on them and their actions.

Reprinted with permission from newatchdogs.com.

There is a long history of public distrust of the Courts in Massachusetts. This includes:

For this reason, Massachusetts is the primary target for a full Judicial Overhauling.

While almost every news outlet didn’t publish Judge Joseph F. Johnston’s name, we will. We also published who appointed him, Governor Jane Swift. While we know that the goal of Judicial Overhauling will take much work and time, we also know that a relentless investigation and a published series about an individual’s guilt or innocence will tend to make these individuals and others think before they impose the power of their office unjustly.

We promise not to stop until we find and report on the Social Services Agents, the Doctors, the attorneys who prosecuted this case and any others who either abused the power of their office or didn’t do their job which added to this catastrophe.

We will also report with the same vigor those who did their jobs, and did them well. We will be asking our volunteers to investigate every part of the Judge’s decisions and how in God’s name someone who appears as incompetent as he does, could ever have been appointed by Governor Jane Swift.

This is the beginning of our series. Be watching for more information about those who conspired against this family in what, by all accounts, appears to be the “Kidnapping of the Pelletier child”.