Greg Whitten Paid: Why The Games?

This is a follow up to the numerous stories published about Greg Whitten, Great-West Assurance: The Rainmaker Revisited?

The U.S. Freedom Network Investigative Blogs that have been covering this story have been waiting for Greg Whitten, Proximation LLC, or Numerix LLC and/or Great-West Financial to respond. They apparently felt that the little U.S. Freedom Network Blogs were below their having to respond. As these “lil” blog stories started appearing on the first page of the searches used to find information abut them, they have finally responded. Not with an explanation, but with a certified letter to the former employee, sent to an address of the employee’s spouse’s elderly parents. An address for which they had received legal notice that the former employee has no longer resided at for months. If you think this is just a mistake and not a pattern of conduct, listen to a phone message left by one of Whitten et al.’s agents. Listen to the voicemail.

Be sure to see part I and III to this story

Our sister investigative blog, the U.S. Watchdogs, did an excellent job on their follow-up story, which is herein reprinted with permission:

In a follow up to our story, Greg Whitten, Great-West Assurance: The Rainmaker Revisited?, it has been reported that former Microsoft employee, billionaire Greg Whitten and/or his company Proximation LLC, which is believed to now be Numerix LLC, had paid the profit sharing bonus to their former employee. Why is this news? Wasn’t he supposed to pay? To bring you up to date, here is a short excerpt from the last story:

“Our Retiree applies for Social Security. Shortly afterward, he receives a notice from Social Security that he may be due $6800 from Proximation, the company he had worked for 14 years previously. The problem is that Proximation and Metavante, the company handling Proximation’s profit-sharing/retirement funds at the time of the Retiree’s employment, are no longer in business. After months of emails, letters and phone calls to company after company trying to find information about the money, our Retiree gets a voicemail from an unknown caller (425-818-2278). It appears that Whitten et al. were quite annoyed that the Retiree was bothering them for such a “trivial” amount. Think we’re kidding? Listen to the voicemail.

At this point, our Retiree threatened to sue. He finally heard from Gary Mueller who represented Whitten et al. and the response was that they were denying our Retiree’s claim as he hadn’t participated in his 401K. The denial came in an attachment to Mr. Mueller’s email, by Marilyn Bartelme, Compliance Specialist at retirementpartner.com. As pointed out by the Retiree in his email back to Ms. Bartelme and Mr. Mueller, they couldn’t make that claim as they had fired him before he could make a contribution. Sound familiar? Sure sounded to us like yet another Condition Precedent claim, just like the one made to not pay the $50K.”

I guess we could assume that these were all simple mistakes on a very old case. But what about the state-of-the-art, at the time, software for which Greg Whitten refused to pay the price he agreed to this same employee? Is this distributed object system of the same type he uses in his new company Numerix? 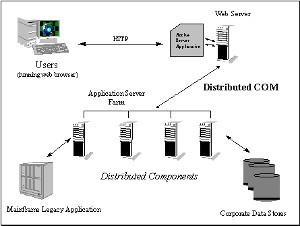 “Fourteen years ago, Greg Whitten licensed a full distributed object system and hired the expert who wrote it. For our techies, it was similar to Microsoft’s COM and DCOM. Distributed objects are the core technical stuff that works behind the scenes and makes things like the Internet work. This expert, who we’ll call the Retiree, granted Proximation a non-exclusive license to his software for the sum of $100,000 dollars, a fraction of its reported worth, but the Retiree was collateral damage from the dot com crash. To help Proximation implement the software and train their employees, Whitten insisted he sign an employment agreement to stay with Proximation for a year and structured the $100,000 to be paid in four quarterly installments. He was given a $185,000 salary plus bonuses and a $10,000 moving expense allowance. Not exactly minimum wage stuff.”

Lastly, how does Great-West Financial, headed by Robert L. Reynolds fit into all of this? Was it incompetence or an employee, Marilyn Bartelme, willing to lie when she wrote that he hadn’t contributed to an imaginary 401k? Or was this simply a way for Great-West Financial to move from the #2 to the #1 position, by following their client’s wishes, no matter what the cost?

While just this humble reporter’s opinion, I believe that this was summed up best in the U.S. Watchdog’s story:

“The Mystery: Why such an effort to not pay what has admittedly been called by Whitten et al., a trivial amount? What if anything did the Retiree’s Distributed Object Software have to do with this? Was it used, at minimum, as the basis for the Numerix Distributed Object Software? Is that why there is such reluctance to let this Retiree “share the profits”, or is it a worry familiar to Whitten from his Microsoft days, when Microsoft was found to not have paid “just compensation” to the author of DOS?”

We have been waiting for a response from Whitten et al. before publishing this story.

Greg Whitten, Proximation, Numerix and Great-West were all given an opportunity to state their side of the story as is required by all U.S. Freedom Network Investigative Blogs. The former employee communicated to us yesterday that Greg Whitten via Proximation sent a certified letter to him using an address for which they had been legally notified the former employee has not resided at for months. They sent this letter to the elderly parents of the employee’s spouse, apparently in an attempt to, as their record shows, threaten and demean their former employee. You have to be the judge of that. But we can tell you it upset the parties who should never, morally or legally, have received it. It was never opened and was returned to Greg Whitten et al.

Is this a Billionaire who thinks himself above all others who was attempting to silence a free press from publishing facts that don’t show him in the best of light. Well Mr. Whitten, when the emperor has no clothes on, he is nude. Don’t catch a cold!