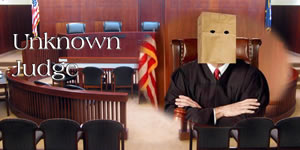 On Thursday January 9, 2014, the Judge Christopher J. Muse of the Massachusetts Barnstable Superior Court reversed an order (at least we think it was an order) left via Skype by an Unnamed Judge (listen here), and delayed the scheduled Rule 16 Conference in the case of Torres v. Torres. The Rule 16 Conference was in regards to the Torres v. Torres case’s remand to the Barnstable Superior Court after that Court’s decision was overturned by the Massachusetts Court of Appeals.

Of note was that, as had been requested by the Plaintiffs, the Court did send its rulings to the them in a PDF file attached to an email.

Originally a request was made by the Plaintiffs in the case of Torres v. Torres that they be allowed to attend the Rule 16 Conference by telephone. The Massachusetts Court of Appeals took the unusual step of allowing the Plaintiff/Appellants to argue their Appeal via telephone after examining the unique facts of the case, such as the wrongful eviction of the Plaintiff/Appellants by the Defendants that was granted them in large part by the Massachusetts District Court based on arguments made by the Defendants Attorney Seth G. Roman of Wilkins, DeYoung & Carter who argued that Judge Christopher J Muse of Barnstable Superior Court had dismissed the Torres v. Torres case, and as such the contracts (Contract #1 and superseding Contract #2) of that matter had also been invalidated. The Massachusetts Court of Appeals disagreed and overturned the ruling of Judge Christopher J Muse and sent the case back to the  Barnstable Superior Court for trial stating:

It is undisputed that Jesse has available to him now a viable action in quantum meruit. Because the contract specifies that Jesse’s damages will be the very monies and interest he loaned to his parents…” –  Order available here.

It was Judge Christopher J Muse who overturned the order by the Unknown Judge, postponing the Rule 16 Hearing until the Plaintiffs Motions can be heard. Judge Muse did follow the Massachusetts Court of Appeals example and allowed the Plaintiffs’ emergency motion to seal Plaintiffs’ address (available here) which contained overwhelming evidence of death threats, including a now dead named party in that complaint, made against the Plaintiffs by certain of the Defendants.

The other motions Judge Christopher J Muse dismissed without prejudice as the Plaintiffs’ Motions could now be filed in accordance with what Plaintiff Torres calls the Gospel of the Massachusetts Superior Court, Rule 9A.

We asked for Plaintiff Torres to comment on the rulings of Judge Christopher J. Muse’s on the Plaintiffs’ motions, he stated:

First, I would like to thank the Court for allowing our request by sending its rulings in a pdf file attached to the email they sent us.

The motion rulings appear on the surface to be fair, delaying the Rule 16 Conference until the balance of our motions can be heard, basically delaying the majority of the remaining motions, which will now be heard after service is made 9A.

Judge Christopher J. Muse did seal our address to prevent it from being disclosed by those who have threatened to kill us. However, he also denied our motion to serve our pleadings electronically (available here) in the same manner as the Massachusetts Court of Appeals uses in their emotions.

I will be filing a Motion to Reconsider under Massachusetts Rule 9D with an alternative plan that will provide a full paper 9A package to the Court, while protecting our safety and will place little or no additional burden on the parties.

We will be attaching a number of emails, quotes from the transcripts and actions by Attorney Jeremy M. Carter that will certainly validate our concerns, including quotes from the transcripts of Attorney Jeremy M. Carter openly mocking our charges of the death threats in open Court in front of Judge Christopher J Muse. Apparently Attorney Carter hasn’t used his alleged FBI contacts to call the California DEA and confirm that one of the parties concerning the death threats was killed from a gunshot wound to his head from a 50 caliber Desert Eagle.

I doubt Judge Christopher J. Muse, under the same circumstances, would put his family’s safety at risk after reviewing our documents, and I seriously doubt any other Judge would. It is beyond any courts power to make an order in a civil procedure that would put any litigant in a life threatening situation. This is not a criminal conviction hearing.

We will once again drive a few hundred miles to mail to the Defendants Attorneys, our Motion to Reconsider in accordance with Massachusetts Superior Court Rule 9A  so not to disclose our location to them.

We will publish the Plaintiffs Motion to Reconsider once the Defendants Attorneys at Wilkins, DeYoung & Carter have had time receive them.

Court Rulings on the Motions: